Squidfish Attacks!!! is a multimedia project of Luke Highet with a focus on nostalgic aesthetics, retro sounds and a tight mix of synth funk and metal that aims to please the ear.

Along with musical ouput SFA!!! strives to create visuals and interactive content to build and support a fictional cyberpunk-lite world.

Please...escape from the world a little.

Update Required To play the media you will need to either update your browser to a recent version or update your Flash plugin.

Ever felt a bit blue at a party? No one japing at your jokes? Sycophants shutting you out? Do you come home and look to your robot for sympathy only to be met by a confused, metallic stare? Well now you can force them to experience that same emotional detachment from their fellow man, all from the comfort of their charging station!

The second in our mopey synth-ballad jam series, the patented mood-ingestion aural method re-codes a robot's auxillary sensors so they truly believe they are in a different place and time. Treat your robot today, feed their emotional database and learn together.

SFA!!! Enterprises always encourages its staff to collaborate with other musicical beings and last weekend was no different. Not only has Christian been a firm corporate partner for many years but is also gradually becoming a Techno/Vegan/Viking/Metal Demi-God 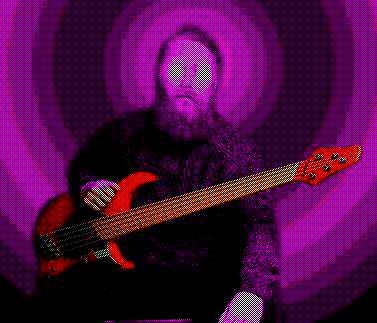 which can only bring forth good tidings for the world at large should he continue.

Christian is playing a beautiful custom built Dingwall NG-2 which adds plenty of clank to the beefy low end and I'm playing a starter strat from 1999 with beautiful, vintage...guitar strings.. Depite the differences in instrument price the new amp sim plugin did heavy duty and made both instruments sound great. We had a lot of fun messing about with shimmery Michael Landau reverbs for the overdubs and finding interesting ways to mix the acoustic and electronic drums together. This won't be the last collab between us, we might even develop this track further.

We at SFA!!! Enterprises are proud to announce our newest release Impulse, a Synthwave banger and mood injection system for all known retail robots (and even those less known). You won't have to lift a finger, of course, as your little helper will take care of it themselves. For the curious, however, here's a wireframe example of what will happen.

Bored of your robots five emotions? Well, with the Squidfish Attacks!!! robot mood-ingestion add-on pack your robot can now allow them to experience and learn from new environments and moods, all from the comfort of their charging station! While it may sound like a solid synth-ballad jam to prying human ears the patented mood-ingestion aural method re-codes a robot's auxillary sensors so they truly believe they are in a different place and time. Treat your robot today, ease their stress and learn together.